The Five Behaviors of a Cohesive Team™

The Five Behaviors of a Cohesive Team ™ is a team development program designed to create high performance teams. The program is based on Patrick Lencioni’s bestseller, “The Five Dysfunctions of a Team” and his team development model.

The Five Behaviors of a Cohesive Team ™ can help all teams, from production to board, become more cohesive and deliver better results.

DISCnordic is proud to offer this innovative tool for team development, The Five Behaviors of a Cohesive Team. The tool is the result of a merger between our flagship Everything DiSC and Patrick Lencioni’s neoclassical bestseller The Five Dysfunctions of a Team (in Danish, The Five Dysfunctions of a Team). Individually, the two models are renowned for their efficiency and intuitive accessibility at all levels of an organization. Together, they are nothing short of unique in their transformative power.

A facilitator in The Five Behaviors of a Cohesive Team ™ can tailor the content of the model specifically to a team assessment results, thus allowing for a personalization of the concept so that the model can be used directly for the problem area.

The Five Behaviors of a Cohesive Team ™ is divided into a triangle and the steps for the program look like this:

Trust: A team must be able to be honest with one another in order to create the foundation for teamwork.

Conflict: The unfiltered, constructive debate and exchange of ideas can only be made possible through vulnerability and trust, which is established in the first stage.

Commitment: To commit. Once all members have bid on their ideas and opinions, the best ones are then selected based on a constructive discussion – This creates the background to commit to the team, the team members.

Accountability: A clear plan of action and a clear distribution of roles, allows the team members to hold each other accountable, based on the standard set from the start.

Results: The final goal of a team is to create ROI and business success, which is made possible once the other four steps have been met. If not all previous steps are met, the individual’s own goal will be higher than that of the team.

The Five Behaviors of a Cohesive Team is a nuanced and effective team tool for the experienced facilitator. The tool is based on the US bestseller of Patrick Lencioni “The Five Dysfunctions of a Team”.

It will sharpen you to analyze the measurement result and make relevant impact.

The Five Behaviors – Get Started

You must join The Five Behaviors of a Cohesive Team - Get Started course if you want to have the opportunity to work with higher level teams and access a tool that supports it.
Click here

With a course in Five Behavior at DISCnordic you get access to two different reports. Team development and a “personal development” which is an individual profile.

You can also access the profiles by hiring DISCnordic as consultants for a Five Behavior / team development session.

The report measures the five behavioral patterns of a well-functioning team.

The main benefits
The Five Behaviors® has a mission: to help people build effective teams that deliver results.

The report is available in several languages, including the four Nordic languages and English.

The report measures and helps you build and strengthen your skills.

The Five Behaviors® Personal Development solution teaches individuals how to become better teammates by integrating Patrick Lencioni’s model at the organizational level. The report is specifically designed for individuals and does not need to be part of the same team. Any participant can benefit from this program and its powerful principles, by shaping its behavior and creating a common language that enables people to rewrite what it means to work together.

It is a requirement that you are certified in the desired tool, as well as a customer at DISCnordic, in order to order materials.
See our material

Cookie and Privacy Policy
It is always inspiring to be trained and certified at DiSCnordic, and you can always count on answers and support if you have questions.

Ditte Gjøl Sort
As a customer, I have been a part of DiSC-universal for almost 20 years and have always enjoyed both their always good and committed customer assistance and not least their ability to bring new products into the portfolio year after year - thank you for the!

Kim Ladekjær
All the way through super service minded and qualified sparring at all times of the day! I take off my hat for their commitment to providing professional and useful service to me as a certified user. Also at extremely short notice. It is out of the ordinary and I highly recommend DISC Nordic :) It makes a huge difference to me!

Tora Krogh Thisen
Many thanks for the great service we always meet when we are in contact with all DISCnordic employees! It is service well beyond what is expected and of a special class and we feel to that extent seen and recognized as a customer. Thanks.

Merkantil Aars
Has worked with DiSCNordic for many years. I feel comfortable throwing myself into new contexts & tasks.

Jette Nissen
Without a doubt one of the very best and most rewarding course I have been to. I can definitely recommend DISCnordic to everyone.

June Hjalmby
DiSCnordic is professional, efficient, reliable and beyond amazing to work with. 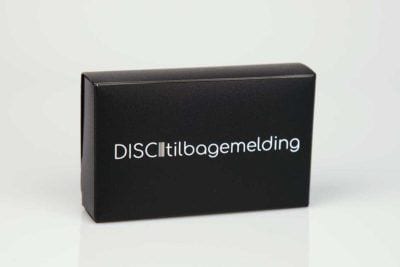 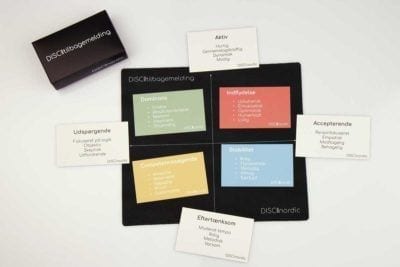 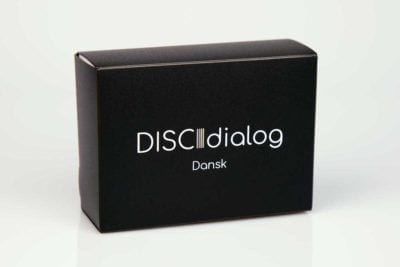 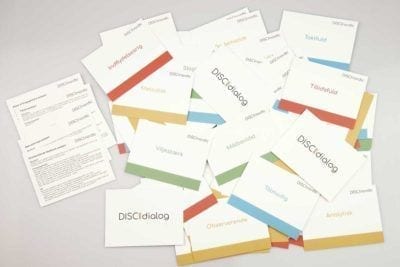 We use cookies to give you the best experience. By using our site you accept the use of cookies.