How do we find the best candidates?

CASE: Ambulance Syd and the personality test 15FQ +
Recruitment of students to the position as Ambulance Rescuer

Ambulance Syd called and told that they wanted to recruit “robust” employees, as the position of ambulance rescuer today also includes an active role in assistance and assistance at the scene of the accident, which was previously not necessary. So while the job has changed, there are some of the employees who work really well in the new role and others who have experienced how the job has taken on their resources and they have either had to get sick or find something else to do. We assume that those who remain and function well must have some form of robustness as an ambulance rescuer.

The robustness of an ambulance rescuer, what is it?

To find out what this robustness is, we chose to test-drive, the ambulance rescuers who worked really well in the job. We were curious to see if there were a few common denominators that we could go after. We let 7 of the rescuers who work really well in the job complete the DISCnordic Five-Factor Personality Test 15FQ +. We then took an average of their results and created a job profile. Here, it became clear which factors the ambulance rescues possessed, which were particularly important, and which did not have such a significant impact on job success and satisfaction. To get the results balanced, the certified HR coordinator subsequently provided the 7 participants with feedback and got an in-depth picture of what was important in the job. A very important point that came out of this process was that the ambulance rescuers should be far more confident than empathetic and delicate. On the whole, it turned out that a high degree of trust was of the highest priority.

Whereas, empathy did not have to be higher than 6 (as the average). However, there was no doubt that empathy helped quickly get good contact with others in a critical situation, especially when a high degree of empathy was combined with a high degree of trust. People with a high score of empathy are especially good to have at the stations / offices, as they often ensure that there is space and room to share their concerns or thoughts if needed.

Emotional stability must be coupled with trusting and relaxed. The rescuer achieves a higher level of emotional stability and can better process experiences / situations if he / she looks confidently at the outside world and feels safe / secure and at the same time goes to a task / situation with the idea that the situation will probably go well. If the candidate replies that they are more influenced by emotions, they should have an even higher score on trust.

It was also important to be traditional, sober and concrete thinking. The reason for this is that rescuers must follow many different guidelines, and therefore there is no room for new initiatives or changes in workflows. There is also a need to be more concrete than abstract thinking. As a rescuer, it is important to be able to think practically and find sensible and realistic solutions.

Last but not least, it became clear that the candidates’ answers should preferably be in the direction of a high score of conscientious. This indicates that the candidate is detail oriented and takes pride in performing a thorough, careful and detailed work. However, it is important to be aware of candidates with a very high score of conscientiousness, as this can cause the candidate to not feel that he / she is striking (it can always be done better and you can hang in small details). 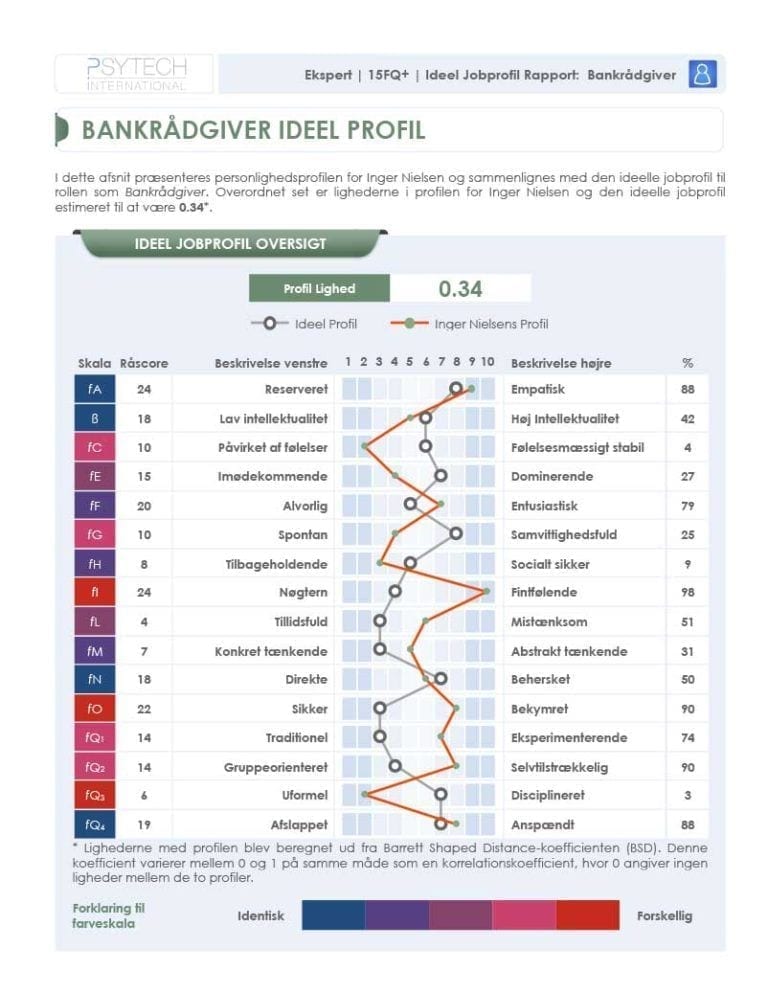 So a robust ambulance rescuer is among other things

Relatively empathetic and preferably more empathic if the person needs to spend more time at the station. Am very trusting and not necessarily very sensitive in his / her contact with other people. When it comes to acting and making decisions, it is an advantage to thrive on following guidelines and work procedures, being sober and specific about the tasks to be solved and the things situations in which to act.
Last but not least, they must be careful, thorough and confident in their own abilities to carry out the tasks under pressure and without too much time for consideration.

In the recruitment process, the personal profile was part of an overall assessment. Physical tests, conversations and team exercises were also included in the assessment. But in terms of securing the recruitment of the right candidates, they stuck to the 7 main points. There could be variation in relation to the remaining factors. The good thing about this focus in conversations was that HR knew what to focus on and inquired about to ensure the best recruits.
The main result of the process was that Ambulance South was very confident in their decision-making process when deciding which rescuers to take. They knew what to look for and inquire about, which is why they could also, with peace of mind, hire 21 out of 23 applicants.

What does this example mean in relation to finding the “robust” employees?

Ambulance South was given a method to look for what they needed to get the right rescuers on the job. Are they “robust” employees? In this situation we found some properties that fit well with the tasks and situations they have to deal with. Will these people be “robust” in other types of jobs, perhaps. As I initially wrote: It depends on what it takes to be successful in the job.

15FQ + is a Five Factor personality test that is especially used for
recruitment and on-boarding. It provides an in-depth assessment of
strengths and developmental needs as well as a nuanced insight into a person’s typical
way to interact with others in the workplace.

In addition, 15FQ + also provides the opportunity to compare a specific one
jobs with a candidate, and provides concrete data on similarity and discrepancies between
job and graduate.

A technically sound tool that is validated to the highest European standards (EFPA) and that gives you the correct result every time. You can trust the hypotheses generated in the reports, and you will soon have an in-depth and current dialogue with the respondent.
A simple and intuitive questionnaire that only takes between 20 – 25 minutes. to fill in and can be answered by a wide audience.
Nuanced and in-depth information, but still presented in a clear way, with the opportunity to work a shovel deeper, and still maintain a fluid and relevant dialogue.
Access to five different reports as a recycler and describe the questionnaire in many different contexts. You can choose on and off yourself so that you get the information you need depending on the situation.
Want to know more please contact us at kontakt@discnordic.dk 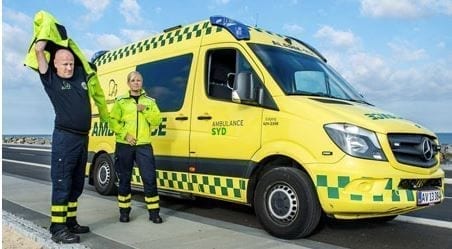 It is a requirement that you are certified in the desired tool, as well as a customer at DISCnordic, in order to order materials.
See our material

It is always inspiring to be trained and certified at DiSCnordic, and you can always count on answers and support if you have questions.

Ditte Gjøl Sort
As a customer, I have been a part of DiSC-universal for almost 20 years and have always enjoyed both their always good and committed customer assistance and not least their ability to bring new products into the portfolio year after year - thank you for the!

Kim Ladekjær
All the way through super service minded and qualified sparring at all times of the day! I take off my hat for their commitment to providing professional and useful service to me as a certified user. Also at extremely short notice. It is out of the ordinary and I highly recommend DISC Nordic :) It makes a huge difference to me!

Tora Krogh Thisen
Many thanks for the great service we always meet when we are in contact with all DISCnordic employees! It is service well beyond what is expected and of a special class and we feel to that extent seen and recognized as a customer. Thanks.

Merkantil Aars
Has worked with DiSCNordic for many years. I feel comfortable throwing myself into new contexts & tasks.

Jette Nissen
Without a doubt one of the very best and most rewarding course I have been to. I can definitely recommend DISCnordic to everyone.

June Hjalmby
DiSCnordic is professional, efficient, reliable and beyond amazing to work with.

We use cookies to give you the best experience. By using our site you accept the use of cookies.